Join us on Mother's Day

Join us on Mother's Day and treat your mom to a delicious meal!

HARD TO FIND, EASY TO GET TO!

Rosedale is tucked away in the charming Navarre Neighborhood, which sits between Lakeview and Mid-City. We are very near many local attractions and landmarks, such as City Park, New Orleans Museum of Art, Lafitte Greenway, and Bayou St. John. The Canal Street streetcar can get you here easily from downtown. No matter how you arrive, you’ll be served the freshest, locally sourced ingredients, tastily transformed, and served by our friendly, knowledgeable staff.

Both the building and site where Rosedale is situated have historic significance. The building is the former Third District Police station and served Lakeview, West End and Gentilly for over 50 years. The Third District moved out in the 1980s and the building was repurposed as a Crime Prevention Office until post-Katrina. It was built in 1936 and was originally located on the banks of the New Basin Canal before being moved to its present location in 1951. The site itself was originally the home to the waifs home which is where Louis Armstrong learned to play the trumpet in 1913. 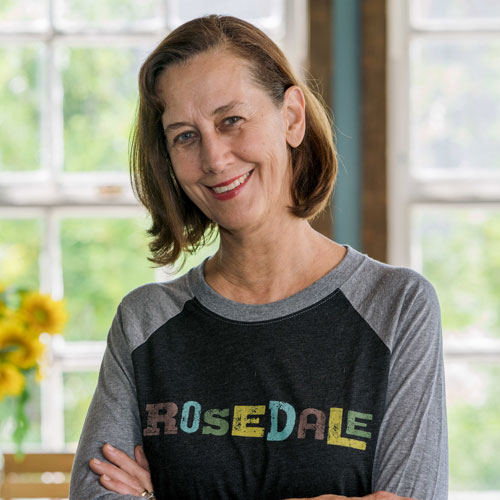 Susan Spicer began her cooking career in New Orleans and subsequently travelled throughout Europe and California before returning to New Orleans. In 1990, she collaborated with Regina Keever to open French Quarter fine-dining destination Bayona, much to the delight of diners and critics alike. Her cookbook, Crescent City Cooking: Unforgettable Recipes from Susan Spicer’s New Orleans, was released in 2007, receiving numerous accolades. In 2010 she opened Mondo, a casual, family-style restaurant with a focus on global flavors, in her home neighborhood of Lakeview. With Rosedale, she comes full circle by focusing on the signature ingredients and flavors of Louisiana. 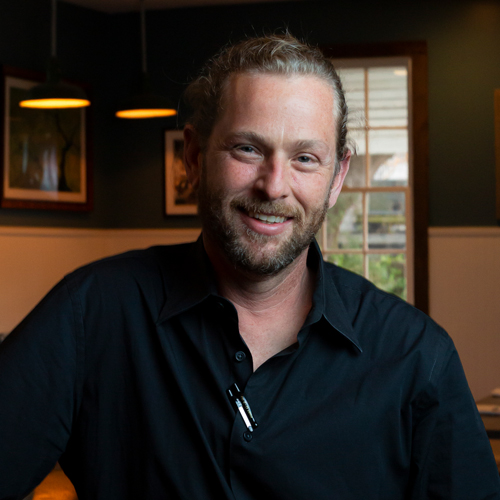 Jonas worked with Chef Susan Spicer from 1995 to 2003 at her award-winning restaurant, Bayona, in the French Quarter. In 2004, Jonas pursued a different course and moved into the world of corporate management. During that time, he never lost his love and enthusiasm for the restaurant industry. In 2018 he was excited about the opportunity to once more work with Susan at Rosedale. Jonas came on board under former General Manager Jenni Rainosek. He leveraged his management and relationship skills to elevate the customer experience at Rosedale. Jonas took over as General Manager in 2020 and partnered with Chef Spicer in Rosedale shortly after.

Had such a great experience at Rosedale! Such a hidden gem! We didn't have a reservation and were able to be seated upon arrival. The food was incredible. We split the drum and short ribs and gnocchi and all 3 were delicious. Our server was amazing as well as the rest of the staff working that evening. Will definitely be back! Thanks for a great dining experience!

One of my favorite restaurants in Nola. I have been too many times to count, since I live nearby, and I have never once had a bad meal. I typically order a fish which is always cooked to perfection. The salads are always amazing as well, with the warm butternut squash salad being a favorite. The fried cauliflower is newer to the menu, and it is excellent. The staff is universally helpful and friendly, and we frequently see Susan herself running the kitchen! Five stars all the way!

Found this fantastic restaurant with a great female chef. Had shrimp appetizer with spicy sauce with bread to soak it up. Gulf fish today was sheepshead with hints of nutmeg and star anise I believe from the chow-chow. The dirty rice had great flavor from pork and duck liver seasoning. Lemon buttermilk cheesecake with passion fruit curd was fantastic. The food was exceptional and great service. Less than 2 miles from Costco.

Starting with garlic toast, ending with dessert- this is one of our favorites always. Very relaxed and pleasant atmosphere, quick with drink refills and fountain drinks are always mixed correctly. We usually go for lunch so no opinion on alcoholic options. I love the brisket on the menu now and the grits, but honestly its the desserts that make even the picky 4 year old come back!

On Saturdays and Sundays they serve brunch. They have outdoor seating with umbrellas and large tables and if you sit outside you can bring your dog on nice days. Very affordable meals and the food is amazing. We highly recommend the huevos rancheros which are often on the specials menu. The stuffed avocado with grilled shrimp roumalade And everything lox bagel are also fantastic. The staff is very friendly and attentive. They were more than happy to serve large groups as well. Overall a hidden gem.